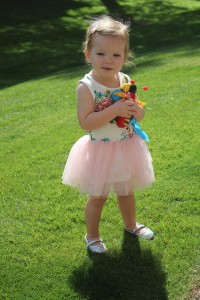 Do you struggle with having an Early Riser? Is your one to four years old waking before 7 AM every morning? Have you given up thinking this is just the norm? Well I am here to tell you that there is relief in sight. There are a few factors that could contribute to the early morning wake ups.

An overtired toddler is one of the main reasons why they may be waking early. This is because they aren’t able to get into the good restorative REM sleep. Make sure they are having age appropriate naps during the day. Also make sure they are getting into bed earlier (6:30-7pm).

A child that is the opposite of the overtired baby, Would be one that is getting too much sleep during the day hours. This toddler needs to find time in their day to use more of their stored energy to have their daytime nap. He will end up replacing his sleep till 7 AM to allow for more awake time before his afternoon nap.

A toddlers environment needs to be kept as dark as possible to allow for melatonin to be released. Melatonin which is the sleep hormone is only produced in the darkness. As well as keeping the sun from creeping into the room in the morning. It is important to also keep an eye on the climate of the room. Because if a child becomes too hot or too cold this can definitely affect their sleep and cause them to wake up too early.

The reactions we give our toddlers when they wake up, whether positive or negative plays a huge part of them waking up. For example if we have given in and allow them to watch television, eat breakfast, or play on electronics this is a habit that has formed a negative sleep association. They have followed the cues from you, received social interaction, possibly without you even noticing.

Do any of these sound familiar? If they do its not too late to be able to change from an early riser to a toddler that sleeps in a bit more in the morning. Hope is not lost, identify if any of these may apply to you and take action whether that be trying to put things together by yourself or contacting me for some support and a personalized plan, the choice is yours!